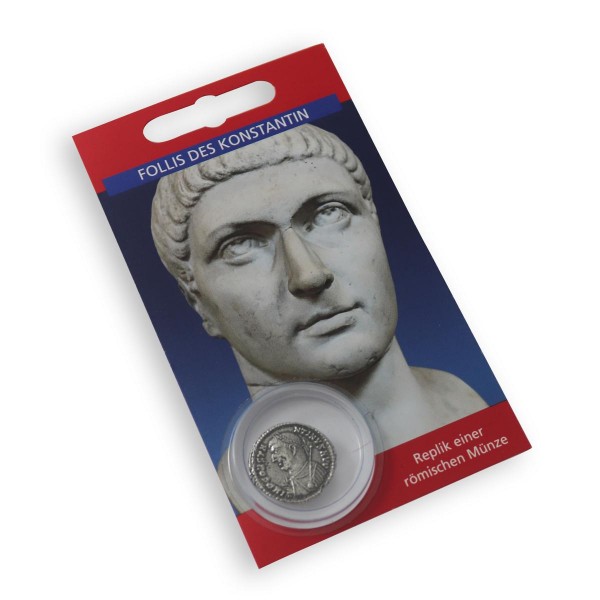 Follis Konstantin
Follis is the name of a copper coin with a thin silver coating.
The front shows a portrait of the Emperor Constantin with a laurel wreath, globe and scepterals sysmbol for the claim of world domination, in addition the inscription IMP (erator) CONSTANTINVS AGS (ustus). On the back is a camp with the inscription PROVIDENTIAE AVGG(ustorum).
This coin image symbolizes protection and security, guaranteed by the imperial family.